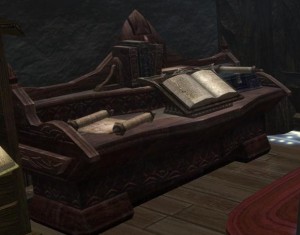 Dysotopia uses the built in NWN2 crafting system.  There are plans to enhance crafting and the following list contains the proposed changes to the default crafting system:

Since crafting is reserved for higher level characters (due to the feat/skill requirements) not much attention will be given to it until there is adequate content of that level implemented.